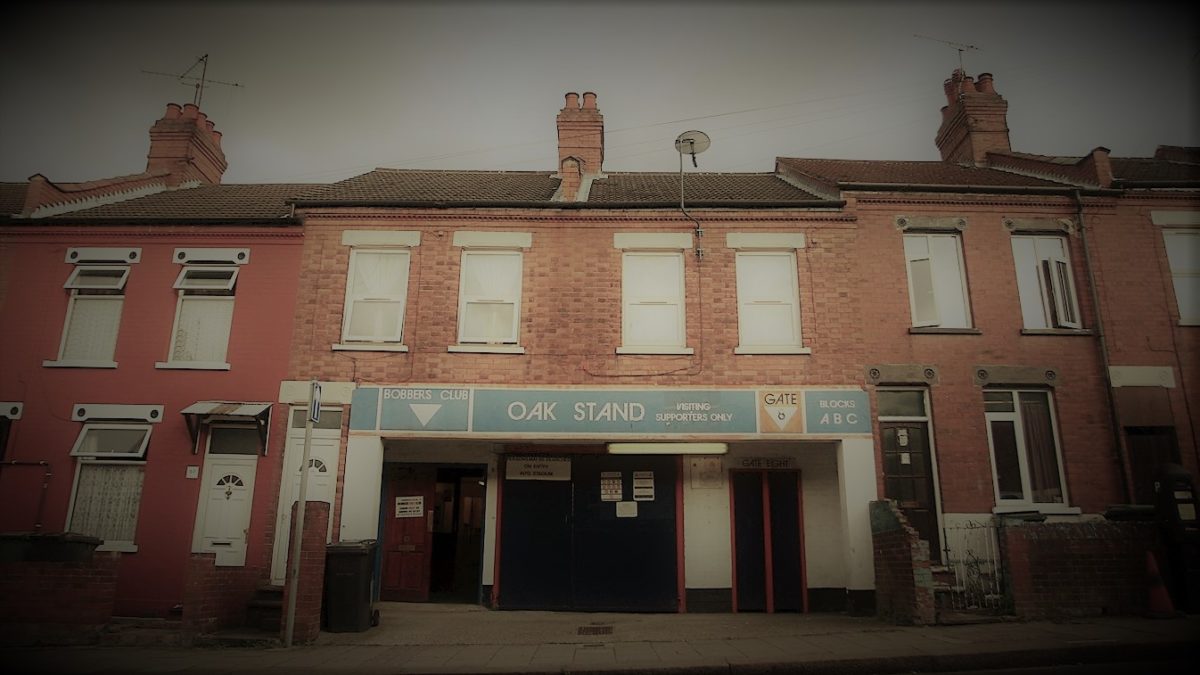 An away trip that has stuck long in the memory for all the wrong reasons.

I wanted the world to know that I was a fan of the mighty Addicks (though back in those days we rarely used that nickname). I zipped up my bright red cotton jumpsuit, the height of fashion with its flared trousers and wide collar, over a skin-tight white polo shirt. I knotted the matching white and red silk Charlton scarf firmly round my wrist. Beautifully co-ordinated, I climbed aboard the away fans’ coach. It was early September 1977. I was thirteen, skinny, flat-chested and goofy-toothed, so there was little risk of me turning any heads. Just as well, as Dad would have made sure they were turned straight back whence they came.

Lewis’s was the coach company and Eddie was the driver. With his dark hair slicked back over a balding pate, crumpled white shirt and none too neatly-tied tie, he was also our guide, our organiser, and in the end our sympathiser on this dark day in the history of our football club. Dad quickly grabbed two seats near the front, letting me in by the window, well away from the lively youths with their cans of beer, congregated toward the back. We were all in high spirits as we weaved our way across London.

The mood sobered a little upon arrival in Luton. Eddie dropped us off, and we stepped out onto the pavement in a narrow backstreet. Bewildered, I could see no sign of a football ground, no towering floodlights.

Kenilworth Road snuggled in the midst of rows of terraced houses. Yet the houses were positively smart in comparison with the dingy terraces inside the ground – the ones we would be standing on. No wide open spaces, no cavernous arena as at The Valley. I already began to fear that this might cramp Charlton’s expansive style.

The match started brightly enough, with the teams alternating attacks. It certainly had the makings of a high-scoring game – I just hadn’t worked out yet that the score would be quite so high and quite so one-sided. Luton edged into the lead and doubled it by half-time. This didn’t worry me too much. It was not uncommon for Charlton to come back from two behind to draw or even win – our defence liked to give the flamboyant forwards a challenge to meet. Charlton started the second half with a surge. Then Luton’s Ricky Hill, all afro, swerve and verve, hit a ludicrous lob from nearer the centre circle than the penalty area. I watched disbelievingly as it looped its way over the midfield, over the defence and over Jeff Wood’s flailing arm. It bounced gently into the back of the net. My childish optimism faded. With only about 25 minutes of the match to go, there wasn’t enough time to score four goals.

Wrong. Luton only needed fifteen minutes to add that many more. Things were so bad that even the referee took pity on us. Roger Kirkpatrick was his real name, but he was more commonly known as Mr Pickwick – his bald head, chubby cheeks and rotund physique giving him a remarkable resemblance to the Dickens character. If he had indeed worn glasses, as fans often suggested, he could have passed as an exact double. I had no complaints about his eyesight at Luton, as he spotted an offence few others saw, resulting in a Charlton penalty, rather little and very much too late. We celebrated Flanagan’s consolation goal with falsely wild enthusiasm.

Luton 7 (seven) Charlton 1 as I knew the Grandstand tele-printer would tap out to the watching world. I just hoped that not too many from my immediate world would be watching. The demoralised and humiliated players trudged off the pitch while we huddled together in embarrassment, reluctant to leave the ground and face the close-up taunts of the victorious opposition. I now regretted wearing my Charlton heart quite so boldly on the sleeve of my bright red jumpsuit.

We slunk back to the Lewis’s coach, ignoring the taunts of, “Seven, seven” from the Luton passers-by.

“That was a bad one,” commiserated Eddie.

He tried his best to find a quiet way back to the motorway. Whichever back street he took, however, seemed to be lined with jubilant Luton supporters giving us a two-handed, seven-fingered salute and mouthing it again, “Seven, seven!” And it didn’t stop there. In North London we passed the coaches of Nottingham Forest fans, making for the M1. They should have been deflated by a 3-0 thumping at Highbury, but nothing cheers up one set of supporters more than the chance to gloat at the greater misfortune of another. Once again we were on the receiving end of the same two-handed, seven-fingered gesture and mouthing of the score. And so it continued – any group of lads, either post their own match or pre their Saturday night drinking session, who happened to spot us and recognise Charlton, immediately started grinning, leering and waving seven fingers at us.

Since that day, seven has never been my lucky number.