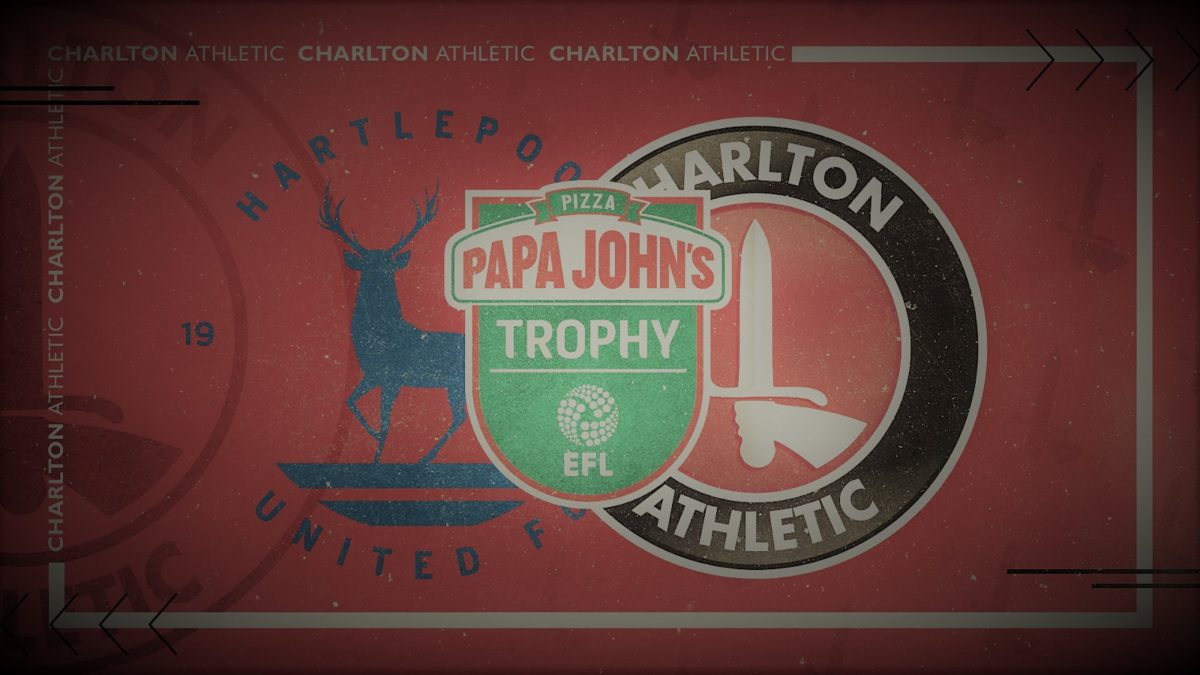 With a ticket secured for the Papa John’s quarter final away at Hartlepool on Tuesday 25th January, I take a look back at a rather troubling history when following Charlton at this stage in cup competitions.

In my all-time list of Addick crowd choruses, first place goes to the Allez, Allez, Allez chant of the 2019 play-off final (and the Doncaster home semi-final when the Covered End was rocked to its foundations). In second has to be the chorus of “Super Clive Mendonca” that repeatedly resounded across Wembley in 1998.   And in third, the ebullient and spontaneous half-time singalong to D-ream’s “Things can only get better.” 10,000 Addicks packed into the away end at Old Trafford. We bawled along to the tannoy tune in unison if not always in harmony. We believed. We really did.

Our brave second-tier underdogs had held their own against mighty Manchester United throughout the first half. Then suddenly Kim Grant was through on goal, spearing his way towards us, just Schmeichel to beat (Peter, not Kasper, this was 1994.) The Dane rushed from his area and pole-axed Grant. Only a free kick (which came to nothing) but marching orders for the keeper. The home side down to ten. The second half would be ours. The FA Cup semi-final beckoned.

Mark Hughes scored down below us from a corner within a minute of the restart. The D-ream dream of cup glory was over for another year and another and another…

There is no logical reason for me to embark on a near seven-hour drive from home on the West Coast of Scotland to the north-east of England next Tuesday but when has supporting your club ever been a rational decision? It seems the label “quarter final” has a certain magnetism.

In February 2000 the FA Cup drew us back to the north-west. Charlton were flying high, on an unbeaten roll since Christmas and on the way to the first division title (really the second division title but we did get our hands on that beautiful old Football League trophy) and promotion back to the top flight. We’d do the double over Bolton Wanderers in the league. But there was no way through in this knockout tie at the Reebok. In a slightly displaced echo of Old Trafford, Gudjohnsen put the Trotters ahead just after the restart only for the home side to be reduced to ten men a minute later. We huffed and puffed but it was never going to be our day. A certain Claus Jensen orchestrated Bolton’s every move.

We’ve journeyed to the north-east before on the cup trail too. Middlesbrough one Tuesday evening in 2006. A 0-0 draw at The Valley paved the way for this all Premiership encounter. “Someone’s got to win the FA Cup, why can’t it be us?” was the oft-repeated refrain of Alan Curbishley. Frequent exits in the third or fourth round, though, suggested a stronger behind-the-scenes focus on the magic of gaining 40 league points. Despite the match being live on TV, many Addicks still made the effort in person. On paper it looks like a humdinger of a game, as we fell 4-2. In reality we were always on the back foot, a glaring early miss by the normally-reliable Darren Bent aside. Every time we celebrated, Boro quickly responded.

The quarter final tag drew me and thousands more to Bramall Lane for a Sunday lunchtime kick-off on what turned out to be the nadir of Chris Powell’s reign in 2014. Like Bent before him, if only Callum Harriott had shown more composure early-on, it might have turned out differently. The die was cast the day before when other Championship results conspired to plunge Charlton to the foot of the table. The games in hand brought no comfort to Duchatelet, who first tried to interfere in team selection, then seized the opportunity to dispense with the services of an incumbent manager prepared to stand up for our club. I now look back on that trip as one of my most ill-fated following Charlton as we slumped 2-0 to a team a division below.

I’ve saved even worse till last: Wycombe Wanderers at home, midweek in mid-December 2006, in the Carling (League) Cup. We were nominally still in the Premier League but in our hearts we already feared that journey was nearing the buffers. With Curbishley gone, and Dowie more recently despatched, Les Reed proved incapable of galvanizing a squad of players much changed since the previous season. A shot at cup glory could ease the darkness of potential relegation, we hoped. But those present will recall it turning into a vitriolic evening. It is the only time I’ve felt moved to join in with the chant “You’re not fit to the wear the shirt.” Jimmy Floyd Hasselbank entering the fray with 15 minutes left summed up why we were heading for a knockout by the Chair Boys of League Two. I’ve flown down from Scotland for this, I muttered to myself.

So as I look back over my experiences following Charlton in quarter finals since 1994, it is a tale much more of despair than hope. The half-time singalong at Old Trafford only led to things getting much, much worse – not just in that particular match but in every Addicks’ quarter final since. (I have no recollection personally of the last eight encounter with Brentford in 2010 in the EFL Trophy then sponsored by Johnstone’s Paint. Even those present may struggle – the history websites show a 0-0 draw and 1-3 defeat on penalties.)

Come Tuesday morning we’ll set off bright and early on the long and winding road to Victoria Park. Will we be heading for nearly thirty years of quarter final hurt or can the much-maligned “Pizza Cup” restore some magic?