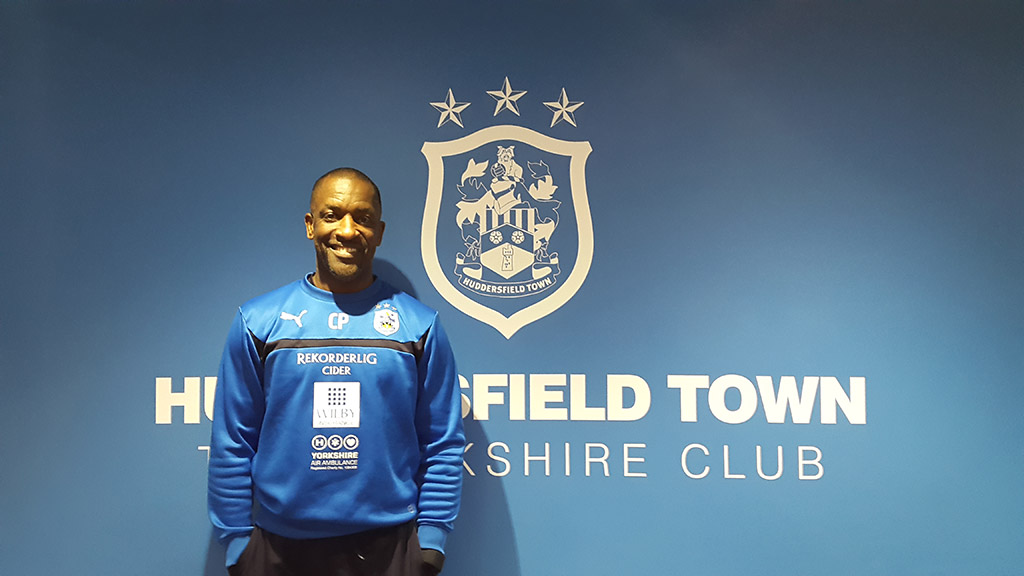 I had recently joined the board of Charlton Athletic Supporters’ Trust and we were discussing potential interview subjects for the forthcoming issue of Trust News. I suggested we try approaching Chris Powell, former manager about to return to The Valley with his new club. Powell agreed so I headed to the Huddersfield training ground to meet him. Little did I realise, he was in the mood to spill the beans.

Kids everywhere; little boys in blue and white home shirts or yellow away shirts animatedly waving 2012 play-off final flags, little girls in pretty dresses, smart for the occasion or perhaps on their way to another party. A hubbub of half-term excitement. This was the scene that greeted me as I entered reception at the Huddersfield training ground.  And there in the midst was the pied piper – scribbling autographs, crouching for photographs, shouting at passing players to join in, laughing and joking, turning this way and that: Chris Powell, resplendent in a bright blue training top, and very much at ease in his new-found Northern home.

I’d requested this interview to mark the occasion of the first fixture between his new team and his old team, expecting to spend an hour or so reminiscing with Powell about his playing days, the famous tunnel jump, his managerial exploits and how he was getting on in his new job. I started by asking how he felt about returning to the Valley on 28th February.  “It’s the first game I looked out for to be honest.  It’s my wife’s birthday which is a bit bizarre – there’s something about birthdays and me!” It was, of course, his mother’s birthday on the day Charlton secured promotion at Carlisle in 2012, prompting a very emotional post-match interview.  “Both teams are in and around one another and needing the points, but it’s still going to be a great occasion. The crowd will be boosted by Football for a Fiver, and we travel well.  It’s a special day for me, of course – it’s never good the way you leave a football club – very rare that you leave in great circumstances. I know it came as a shock to people, especially on the back of the Sheffield United game, but I had known for a couple of months – since the takeover.” And before I know it, I am hearing Chris Powell’s first full on the record explanation of the goings on at Charlton last season.